It was early in 2015 when I happened to tune in to one of my favorite radio programs. Within a few minutes, I found myself frozen at my dining room table with tears streaming down my face.

“Some of these girls have been raped 30x before lunch.” The voice on the other side of the radio said.

After hearing Victor and Eileen Marx on the radio, I knew I had to get in touch with them. Later that year, we had the privilege of having them on the TV Show I was working on. 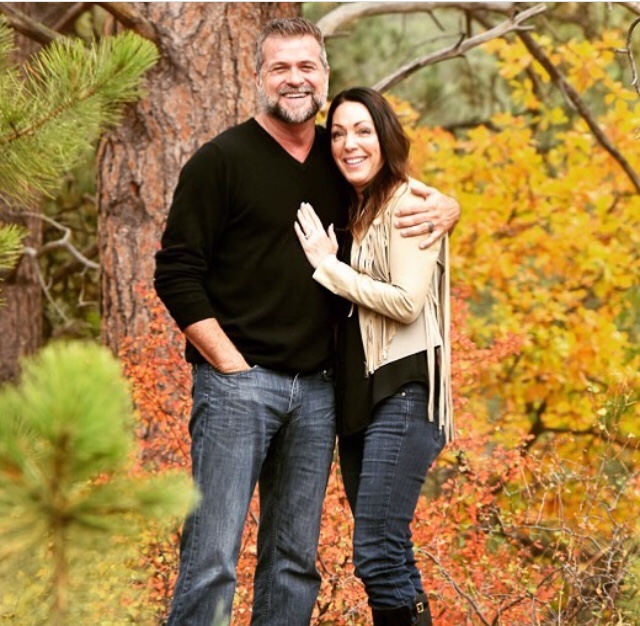 So, without further ado, our organization of this week is: Victor & Eileen Marx | All Things Possible Ministries

Victor Marx began his ministry in 2002. His ministry initially started because he had a passion to help kids who society had given up on. He began speaking inside juvenile detention centers. Since Victor has an extensive background in martial arts (and is the fastest gun disarmer), he’d display some of his talents.

Victor’s deep-seated compassion comes from deep wounds. If I’m not mistaken, Victor had to go to 140 counseling sessions to help him process his PTSD all from childhood trauma.

As a child, Victor was severely abused on multiple levels. Before that, he is was conceived by rape. His father, who had not really been in the picture, showed up one night raped his mother.

To learn more about Victor’s story watch his story here.

As for Eileen and her support and steadfastness has also been a huge part of Victor’s wellbeing. She is a mighty woman of God who also has an impressive background in martial arts. They really make an incredible team.

It was both their decision to go to Iraq when ISIS decided to go on a rampage. They went in when everyone else was fleeing. I’m sure they had to fight fears, but they didn’t let that stop them.

Victor and Eileen are the real deal. They don’t sugarcoat anything and they are quick to fight for the justice of those who have been wronged.

Unfortunately, because of their schedules right now, they were unable to share some of the fears they’ve had to overcome. So, instead of hearing from them, I want to leave with a personal story about them:

Without going into too much detail, the ministry I was with when I met Victor, started to take a shift. A lot of things were happening that were confusing. There was some very painful and hurtful things that took place and I decided it was no longer healthy for me to stay. I decided the best thing for me to do was to resign. I didn’t know what was next. I didn’t have any answers just a lot of questions and a lot of wounds. A few months after I left, I got a text from Victor. He asked if I could call him when I was free. My stomach turned into knots.

Oh no! He probably wants to schedule a call with my former boss. I wondered what I should do. What should I say? There were so many thoughts going through my head.

He probably doesn’t know I’m not with that ministry. I continued to think. I’ll just tell him I no longer work there, and maybe that’ll be the end of it.

“Hey Victor, if you want to talk to _____ you’ll have to call this number. I am no longer working there.”

My stomach eased a bit until my phone vibrated again a few minutes later.

“I know. I heard. I’d like to speak with you when you get a chance.” — Victor

Now I really didn’t know what to think. I set up a time anyways and prayed for the right words.

A few hours later I was on the phone with Victor. Long story short, he was concerned. He called me to find out why I left — figuring there might be a problem. He spent the next 30 minutes to an hour on the phone with me listening to me and then praying for me.

I was so touched. This man who is running a large ministry took the time to talk with me and make sure I was okay. Then he spent the remainder of the time encouraging me. When you are wounded by leaders in the Body of Christ, it can be easy to just walk away. Not many people came chasing after me to see if I was okay— a few did and to those, I am deeply grateful for. But Victor, who I only met in person one day, took time to find me out and encourage me. For that, I will always be grateful. He and Eileen are truly some of the most remarkable, genuine, and truthful people I have ever known.

Please be sure to check out the incredible work Victor and Eileen Marx do at www.VictorMarx.com. Be sure to also check out their movies on PTSD (Triggered and Triggered Two).